On hurricaine.tumblr.com: "It has an inscription on the blade which, I think, says “until Ragnarok”" “The skillfully decorated hilt and blade indicate that this sword was carried by a warrior of high rank, perhaps a Viking chieftain or a Frankish nobleman. The braided copper wires on the pommel may represent an earlier Scandinavian custom of tying a talisman to a sword hilt. The pattern-welded blade was forged of intertwined rods of steel and iron, a technique that produced a tough, resilient blade with a distinctive swirling pattern on its surface.” 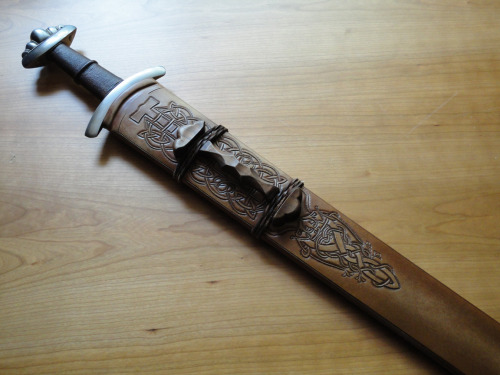 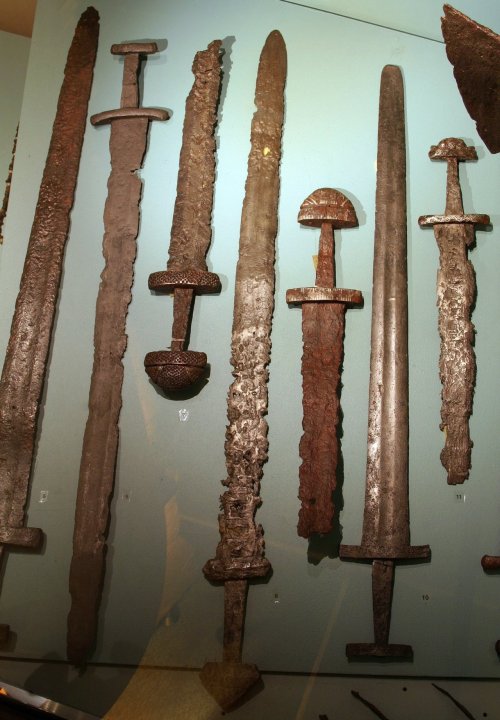 The Metropolitan Museum of Art

“This magnificent anthropomorphic Celtic sword is also one of the best preserved. The beautifully modeled head that terminates the hilt is one of the finest surviving images of a Celtic warrior. The human form of the hilt—appearing as a geometric reduction of a classical warrior—must have been intended to enhance the power of the owner and to bear a talismanic significance. The face is emphatically articulated with large almond eyes, and the head with omega-shaped and finely drawn hair. Although the scabbard has become amalgamated to the iron blade, affecting parts of the surface, its ornamentation and the exquisitely worked hilt make the whole an evocative statement about the technical ability of the Celts, the powerful conquerors of ancient Europe. The sword is of a type associated with the La Tène culture, named after the important Celtic site on Lake Neuchâtel in present-day Switzerland and eastern France. Other related anthropomorphic swords from diverse finds in France, Ireland, and the British Isles demonstrate the expansion of the Celts across Europe. As the first such example in the Museum’s collection, the sword is a superb and singular example that richly adds to a select group of Celtic works of art.” 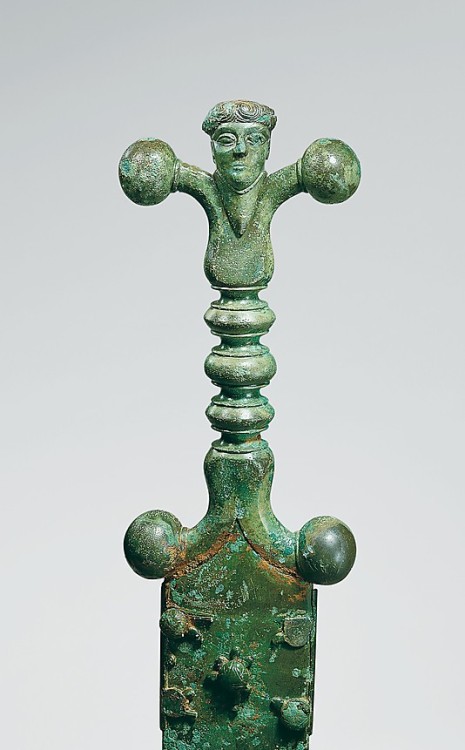 Hilt of a Viking Sword 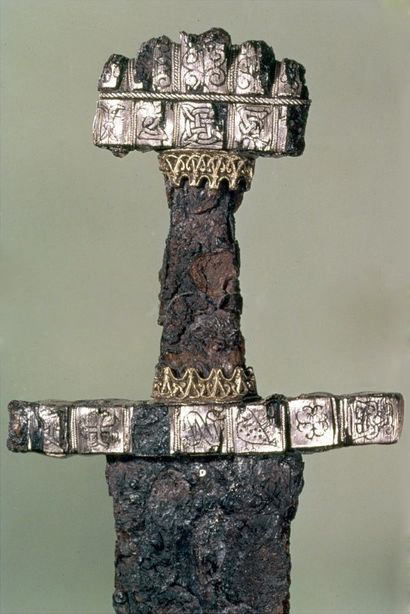